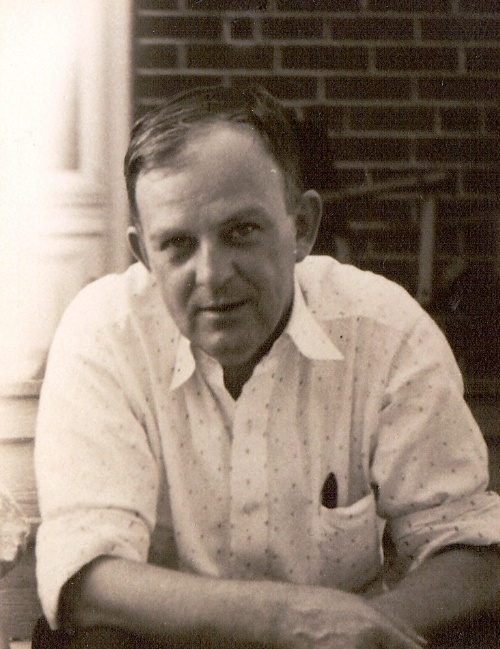 Deputy Frank Armstrong was shot and killed and Augusta County Sheriff G.M. Gilkeson was wounded by Charles Johnson, whom they had been attempting to arrest on a lunacy warrant. Johnson's father had obtained the warrant after a disturbance at his home. As Armstrong and Gilkeson approached Johnson's home on Sanger's Lane, he confronted the officers and opened fire on them with several weapons. After killing Deputy Armstrong, Johnson fled into a wooded area, and Sheriff Gilkeson , who was wounded in the leg and shoulder, walked over a mile away to call for assistance. After the Sheriff's call for help, a manhunt was organized and launched by local officers and citizen's. After a five hour search, the suspect was located in a wooded area and a gun battle ensued. The suspect was killed by the posse off of Sanger's Lane after he wounded Staunton City Police Chief John Webb.

Deputy Armstrong was a six year veteran of the Sheriff's Office and he was survived by his wife, Doris Beard Armstrong and their young daughter Anne.

Visit the Officer Down Memorial Page honoring Deputy Armstrong at 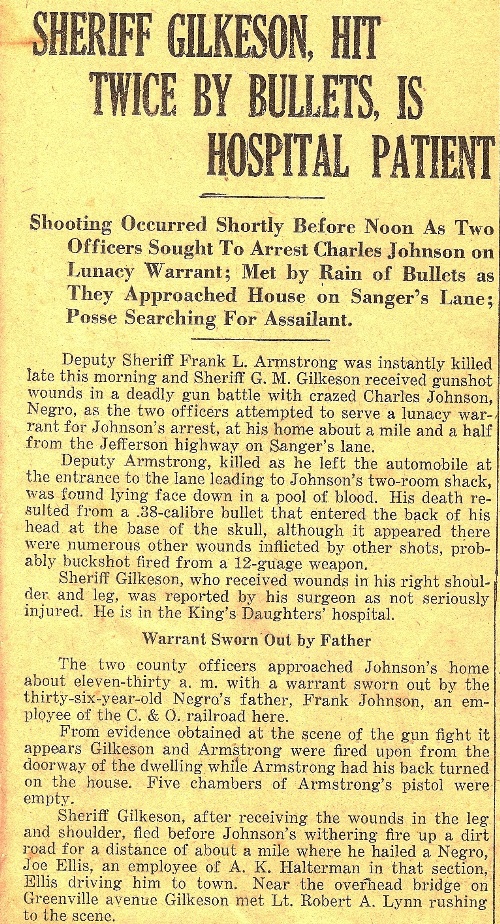 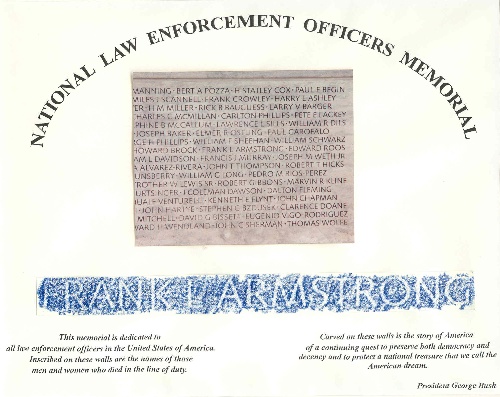