On 11/15/2012 Robert R. Fitzgerald failed to report for work and the Staunton Police were called. Through the investigation, it was determined that Mr. Fitzgerald was hiking on Shenandoah Mountain, in Augusta County, on 11/11/12 and lost his cell phone. It is believed that Mr. Fitzgerald returned to the mountain, at the Confederate Breast Works, on Monday 11/12/12. Mr. Fitzgerald has not been seen or heard from since. On 11/15/12 at the request of the Staunton Police Department, members of the Augusta County Sheriff’s Office checked the Breastworks and located Mr. Fitzgerald’s vehicle. Numerous search parties have scoured the mountain on several occasions with no success. Fitzgerald maintained contact with his mother and always attended work. He was active and hiked regularly. Fitzgerald is a w/m, 61 years old, 5 feet 11 inches, 160 pounds with red hair and hazel eyes. If you have any information about the whereabouts contact the Augusta County Sheriff’s Office at 540-245-5333 or the Staunton Police Department at 540-332-3842.

On July 29, 2008, Margaret Gail Stamper-White was reported missing by her mother, Joyce Stamper from Anawalt, West Virginia. A report was filed by the Augusta County Sheriff’s Office. Stamper-White has been entered into V.C.I.N. and N.C.I.C. Margaret Gail Stamper-White was last seen at her residence at 53 Spencer Lane, Crimora, in the middle of May 2008. White left her cell phone. She has no known means of transportation. She has missed three significant family functions. White maintained constant contact with her family and children in West Virginia until mid May of 2008. She has no credit cards or bank accounts that could assist the Sheriff’s Office in attempting to locate her. Due to those factors, White has been listed as Missing/Endangered.

Anyone who may have information regarding the whereabouts of White should contact the Augusta County Sheriff’s Office at 540-245-5333. 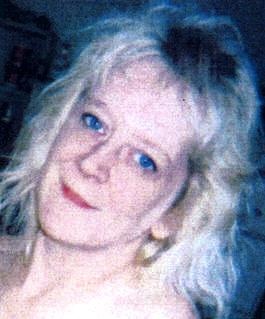